HALIFAX - Two Nova Scotia cabinet ministers are criticizing the RCMP's decision not to provide a formal public apology to the Black community for excessive street checks.

Justice Minister Brad Johns said today the decision was "very disappointing" and he's unclear on the force's rationale, given that the Halifax regional police and the province made formal apologies for the policy and other historic mistreatment of the African Nova Scotia community.

A provincially commissioned study of street checks, released by criminologist Scot Wortley in March 2019, condemned the practice by the Halifax regional police and the local RCMP — which polices the city's suburbs — as targeting young Black men and creating a "disproportionate and negative'' impact on African Nova Scotian communities.

Johns said he hasn't had a chance to sit down with senior RCMP officers in the province, but he expects to discuss the decision, recently provided to The Canadian Press, when he does meet with the force.

Pat Dunn, the minister of African Nova Scotian affairs, also said after cabinet he's surprised and disappointed, and he intends to have discussions with members of the Black community to seek their views on the decision.

Street checks, which are now banned in Nova Scotia, are defined as police randomly stopping citizens on the streets, recording personal information and storing it electronically.

The RCMP has cited its intention to follow the findings of a national study of street checks by the Civilian Complaints and Review Commission, which doesn't call for a ban but rather a series of reforms that would inform citizens of their right to refuse to comply with such a check.

In an emailed statement, the force said that nationally it still supports use of street checks and noted its officers held consultations with people in Nova Scotia's Black community before deciding against the formal apology.

The force said it continues to comply with Nova Scotia's ban on street checks. 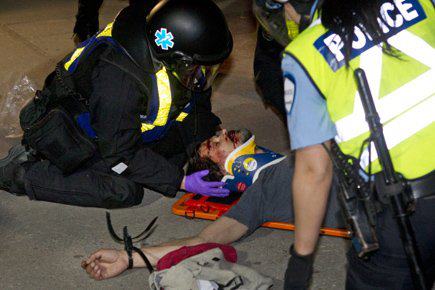